Deliver an outstanding interview experience to your candidates.

solves the most frustrating pain point of coordinating meeting times

May lose candidate to competitor or another offer

79% of organizations use interview scheduling technology

56% say this technology is essential

are those in which the interviewers prepare a list of questions from which they choose a few randomly on the spot to ask candidates being interviewed. These are better than the traditional unstructured approach.

is a systematic approach to interviewing where the interviewer asks the same predetermined questions to all candidates in the same order and rates them with a standardized scoring system. This allows for greater objectivity in selecting the right candidates and is almost twice as effective as the unstructured interview.

In EasyTalent you can select a set of questions from its question bank, which are relevant to the job-related traits you are looking for. These questions are visible to the interviewer on their screen during the two-way interview, and can guide them to ask the same questions to all candidates in a specific order and score them with a predetermined rating scale.

Screen sharing is one of the easiest and powerful way for collaboration anywhere at any time. Users can share a live video feed of what is happening on their computer’s screen, with others. 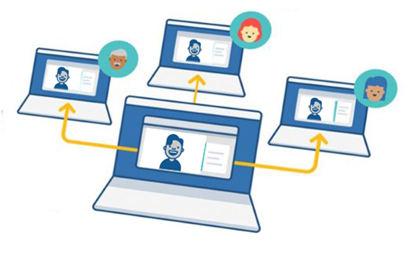 With just a click, candidates can share their screen, and this opens up potent ways to test their presentation and analytical skills during the interview. For example, with screen sharing feature of EasyTalent, the interviewer can ask candidates to present a PowerPoint or take them through an Excel spreadsheet analysis, or walk them through a case study documet. The candidates can control their presentation on their own desktop with screen sharing.

EasyTalent also allows the interviewer to share their own desktop with the candidate, which is a useful feature. It could, for example, enable them to show the candidate a video or a document and ask questions on the same.

Scheduling interview-dates that are mutually acceptable to both candidates and different interviewing managers through multiple rounds of interviews can become a major pain point for the Recruiter. 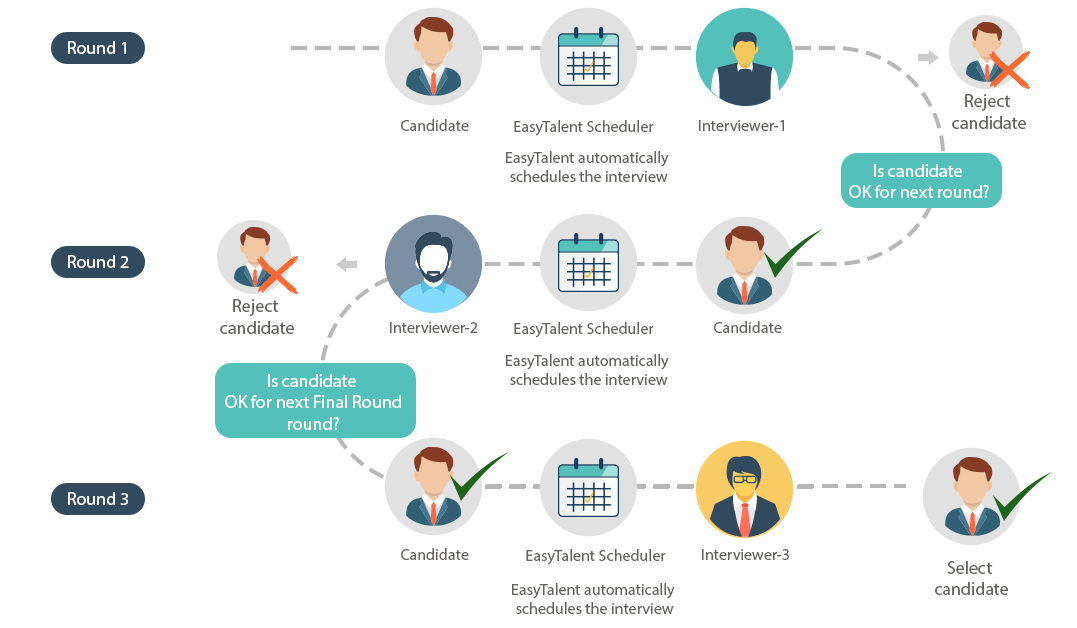