EasyTalent gets you benefits of Personality Assessments

Traditional methods for gathering information like CVs, interviews etc. are very subjective and unreliable. With only having a limited amount of time in an interview, candidate skills and abilities can often be overlooked on a CV or face-to-face, which is why pre-selection assessments play an important part in the recruitment process.

Personality assessments combined with other evaluation elements (CV, interview, etc.) will provide recruiters with deeper insights that into how they might fit into a company work culture. 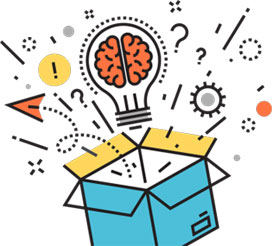 EasyTalent automatically ranks candidates on their personality test scores. This expedites recruiters hiring on a high volume to compare scores between possible candidates and find the most suitable persons for the role.

Resumes, interviews and cognitive tests cannot tell a company about a candidate’s integrity, creativity, work ethic, interpersonal style or ability to provide customer service, handle pressure, or work as part of a team.

Personality testing, on the other hand, predicts how the candidate will work—diligently, intelligently, cheerfully, and cooperatively.

Personality testing, on the other hand, predicts how the candidate will work—diligently, intelligently, cheerfully, and cooperatively.

Personality testing, can predict if the candidate’s personality will gel with others in a company. It can throw light on whether he or she will feel comfortable in that organization’s culture.

Personality tests would provide insights into the candidate’s inherent behavior. Based on these insights, managers can decide which questions they should ask the candidate and where to probe when they do come for an interview.

For example, if a candidate rates low on stress taking capability, the profile would be a prompt for the interviewer to talk about how the candidate will perform in a stressful environment.

EasyTalent automatically displays questions to be asked of the candidate during the interview based on their personality profiles. For example, if a candidate has low emotional stability, EasyTalent reminds the interviewer to probe this aspect.

While hiring talent is important, retaining them is equally, if not more, important.

Employees get to know if they can ‘gel’ with others in the work environment after they join the company. There is often a lower turnover of staff within a company if during the hiring process job applicants who have traits similar to the rest of the workforce were selected.

Unfortunately, the traditional forms of assessments – CVs and interviews etc. don’t tell if the candidate would be a good fit culturally. Personality tests, on the other hand, offer deeper insight into how they might fit into a company work culture.

Since, personality tests provide deeper insights into each employee’s character strengths and weaknesses, it can be used as a valuable tool by managers to place employees in the right positions, give them the right training and coach them on where to improve.

By understanding preferred work styles of their team members, and knowing where they would be happiest, managers can improve employee retention and productivity.

EasyTalent can be used post-hiring to administer personality tests for confirming employees’ suitability to assume new roles and positions. The tests can be used to determine learning proficiencies of employees and develop appropriate coaching/mentoring programs for them.

If the instruments used in personality assessments are not well-developed, reliable and validated, they can throw up candidate scores which may not be correctly correlated with the personality dimensions/traits. This can adversely impact companies’ ability to predict employee performance with acceptable levels of confidence

EasyTalent can be used post-hiring to administer personality tests for confirming employees’ suitability to assume new roles and positions. The tests can be used to determine learning proficiencies of employees and develop appropriate coaching/mentoring programs for them.

Some personality assessments can take a lot of time and effort to complete, which may dissuade potential candidates from going further with the application process.

EasyTalent’s automated talent assessment platform provides a bouquet of reliable and validated personality testing instruments with varying times required for their completion by candidates. For example, the IPIP-NEO-120 instrument requires 15-20 minutes, while the Ten Item Personality Inventory (TIPI) requires just 1-2 minutes. Companies may select the instrument for their personality testing, depending on whether the job is high volume entry-level or management jobs that may require comprehensive testing with scoring for individual facets of the personality dimension.

Personality tests can be very expensive, from paying for the tests to paying someone to score the tests. This needs to be weighed against how many candidates would need to take the test (which can be substantial for high volume jobs) and the likelihood that the right candidate will be offered the job.

Candidates can input responses, which they believe are the right answers the recruiter is looking for (e.g., if an ‘extrovert’ is considered a better for a sales position, then the candidate will answer accordingly, irrespective of their ‘true’ personality). Such kind of controlled responses from the candidate can fool the tool into creating incorrect personality profile

Research shows that even if candidates can ‘fake’ their responses, it is very difficult to fool the instrument. This is because even if the candidate can figure out what trait might be measured by a set of items, it does not tell them which traits are associated with performance and satisfaction within a particular job.

What are the benefits of personality assessments?